Asia has raced ahead in terms of technological innovation and it shows no signs of stopping, says Amarit Charoenphan, Group CEO and founder of Thailand’s first co-working and startup space HUBBA.

What are some key issues entrepreneurs in Southeast Asia are helping to solve?

Looking anywhere in Southeast Asia, every problem is a business opportunity waiting to be solved by entrepreneurs, whether it is education, access to loans and credit, solving traffic problems, or improving the way cities operate.

More than 200 million people are moving to Asian cities in the first decade of the 21st century, according to the World Bank. This will create massive challenges for megacities – in terms of space utilisation, finance, construction, mobility, housing, energy, food, water, health and well-being – which will need to be solved by new technologies. Hence a lot of investment in the region is headed towards Fintech, Ag+Food Tech, Urban Tech and Eco-liveable cities.

How is technology changing the way these challenges are tackled?

Technology has played a massive role in accelerating the economic growth in Asia, and in helping to address problems on a greater scale and speed than in the West.

By improving speed of transactions, creating trust and transparency, facilitating payments (especially for the vast majority who are unbanked and without credit card) and giving market access to the world, Asian economies are now plugged in to the global economy faster than ever before. With a young, tech-savvy, and social media-obsessed population of 600 million people, as well as ubiquitous and affordable internet, we are seeing many solutions locally made for Asia being scaled across the world.

The dated perception that Asia is full of copycat entrepreneurs taking business models from the West, or that innovation from Asia is somehow inferior, is over. Asia has leapfrogged ahead of the Western world when it comes to technology. For instance, QR codes and e-payments in China have allowed people to stop using cash and pay for goods and services with their mobile phones.

What impact is Asia innovation making on a global scale?

There is a tendency for entrepreneurs in Asia to look to our region as a market of billions of consumers. The entrepreneurs of today need to define Asia innovation as building solutions and business models that can solve the problems of the world.

For Asian entrepreneurs, thinking beyond Asia is still challenging, but there’s been headway – big corporations and tech companies have started to acquire and invest in global know-how and market-access opportunities, to help them jump the curve to become thought-leaders in their fields. Some of the best examples are Huawei’s marketing campaign with Leica, Volvo being brought by Geely, and Alibaba buying Lazada to expand in Southeast Asia.

“Asian economies are plugged in to the global economy faster than ever before.”

Are there any up-and-coming disruptors in the region?

There are way too many exciting names to be looking out for in Southeast Asia, but there are a few businesses which have great potential to scale their business globally:

What are New Zealand’s entrepreneurial strengths?

New Zealand has a strong tech sector especially in food and agriculture, a commitment to deep-tech ecosystems, and an environment that is open to new ideas and collaboration with the world.

One of New Zealand’s strongest assets is the strong influence that Māori culture has on the identity and mindset of the country, towards being stewards of the land and the environment; being concerned with spirituality, connectedness and humanity; being curious and brave, yet also kind and loving.

These cultural beliefs are necessary for the future entrepreneur to embrace, as the world needs more problem-solvers to tackle harder problems of climate change, political instability and the seismic shift that will be brought on by artificial intelligence.

My hope is for more of the world to know about Aotearoa’s beautiful culture, and to spread a worldview and way of living where a prosperous economy, the ecology and people can thrive sustainably to lead happier, healthier and more fulfilled lives.

Amarit Charoenphan is one of the first cohort of 28 entrepreneurs selected for New Zealand’s Edmund Hillary Fellowship – and one of three from Asia. He first visited New Zealand in 2014 as part of the ASEAN Young Business Leaders Initiative.

Clarence is the Editor-in-Chief for Free BSD Made Easy focusing on the production and quality of the contents.

Follow
Clarence McDaniels
Clarence is the Editor-in-Chief for Free BSD Made Easy focusing on the production and quality of the contents.

Clarence McDaniels
View More Posts
Clarence is the Editor-in-Chief for Free BSD Made Easy focusing on the production and quality of the contents.

Tips on Choosing the Right Software for Your Business 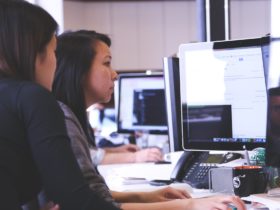 10 Factors to Consider when Buying a Business Software

Why Do Small Businesses Need to Invest in Video Marketing

Is Automation Necessary For Small Businesses? 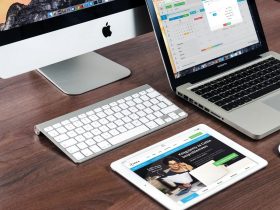 Sensors and Software Listen for Gunfire in Chicago. Does it Make a Difference?