One of the major advantages of software as a service (SaaS) is the easy setup process. This straightforward statement comes from the Co-Founder and Chief Executive Officer of Airfocus, Malte Scholz. He adds that usually, you can install applications in just a few clicks, as long as you have a stable internet connection. Afterward, there is not too much maintenance on your end, since you can always contact the customer support center or SaaS tech time for assistance.

SaaS is arguably the best business model on the planet, claims Brian Robben, the Chief Executive Officer of Robben Media. Robben also points out that this is why you often hear the phrase, “SaaS is eating the world.” Think about it this way, instead of hiring a bunch of people and paying based on time, you can find a SaaS solution that is 100 times cheaper and often 100 times more effective in performance.

Aside from these aforementioned factors, SaaS brings a whole lot more to the table. To truly grasp this concept and fully understand its benefits, we have talked to some of our peers from various industries. Here are their thoughts on why SaaS is beneficial for businesses.

The cost of SaaS subscriptions is significantly smaller than the cost of actually purchasing a software, according to Stefan Chekanov, the Chief Executive Officer of Brosix. Now, you can sign up for one of the plans and pay a monthly or annual subscription. Usually, each SaaS application offers several different plans and the basic ones sometimes do not cost more than a few dollars a month.

Most of the time, SaaS products are much cheaper to use than creating your own solution yourself, which costs human time, money, and effort, says the founder of Woof and Beyond, Aviram K. Also, most SaaS products have a pay-for-usage model, which can be very cheap if you do not need a service round the clock.

Joseph Chong, the founder and Chief Executive Officer of Acxtron, shares another key advantage is the ability for businesses to utilize software, which is accessible anywhere, anytime. This is especially useful for businesses these days due to remote work, which means that any new employees could be onboarded without having to be issued a laptop with the necessary software.

He adds that leveraging SaaS also reduces the strain on the organization’s resources to plan for their server’s lifecycle in terms of maintenance and renewal. The highly competitive nature of SaaS products also means that it gets updated with new features on a regular basis which can improve productivity.

Maja Laws, an executive at Coderus, doubles down on this idea, saying that one of the main advantages of SaaS is the capability to distribute remote updates. Considering they are cloud-based in general, SaaS suppliers can roll out software updates remotely which means that the interruption experienced by the user is reduced.

In addition, Laws claims another advantage is that SaaS is available to anyone that has access to an internet connection, no matter what operating system the device they are using runs on. This, in turn, allows greater user accessibility and flexibility.

The SaaS market is continuously rising, and it has projecting revenue of over $90 billion for the last decade. This is based on the observation of Jennifer Willy, who is the Editor of the travel-related education website Etia. According to Willy, experts have claimed that the second wave of the SaaS fever has set its path in the right direction. So, some advantages of SaaS include security from cyber scammers by adopting AI and automation. The company’s performance will also see a boost as SaaS stacks will become even more important. Lastly, SaaS is not only easy-to-use, but one can even test the software functionality.

Laurie Wilkins, the Founder of Call Outdoors, adds that with SaaS, developers are frequently striving to improve their service, to stay ahead of the competition. Providers of traditional software generally release software in packs, which means that a client has to make another purchase (beside their initial investment) in order to reap the reward of any new improvements to the product.

As a smart alternative to traditional software installation, SaaS certainly has made a great difference in modern workstyle due to the various advantages it boasts, shares Kelsey Chan, the Marketing Specialist of CocoSign.

Chan sums up its advantages, claiming that since SaaS is operated in the cloud system by subscription plans, it reduces up-front costs, as well as fees for maintenance and hardware. More than that, it also cuts the time needed during the traditional software deployment.

You can utilize a SaaS software with all types of e-device from anywhere, with only an internet connection needed. It is compatible with multiple operating systems. Compared to conventional software installation, SaaS is much easier to access.

Lastly, SaaS usually comes with a wide range of subscription plans, allowing users to upgrade or downgrade their accounts according to their business needs.

Gena Jones ensures the work that everyone in the company is putting is of good quality and won’t be compromised.

Follow
Wallace Mattson
Gena Jones ensures the work that everyone in the company is putting is of good quality and won't be compromised.

Wallace Mattson
View More Posts
Gena Jones ensures the work that everyone in the company is putting is of good quality and won't be compromised. 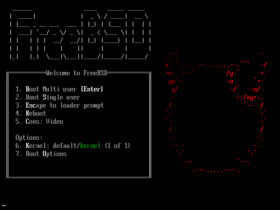